Главная Архив Back in Japan, Man!!

I have all this stuff to write about my version of life in LA, which, to the horror of most Angelenos, takes place wihtout a car, and incudes such adventures as climbing Mt. Whitney with a group of Russian mountaineers and chit-chatting for an our with a homeless guy (who never asked me for money probably because he thought I was also homeless). BUT! I've done that thing I never thought I'd do! I've come back East.

Actually I'd only ever spent a week in Tokyo so I'm taking my recent vacation and travel opportunity, otherwise known as unemployment, to study aikido for a month at Hombu. So LA will have to wait a day or so for me to get into the groove of writing down all the long-winded observations and/or complaints still rolling around in my head. 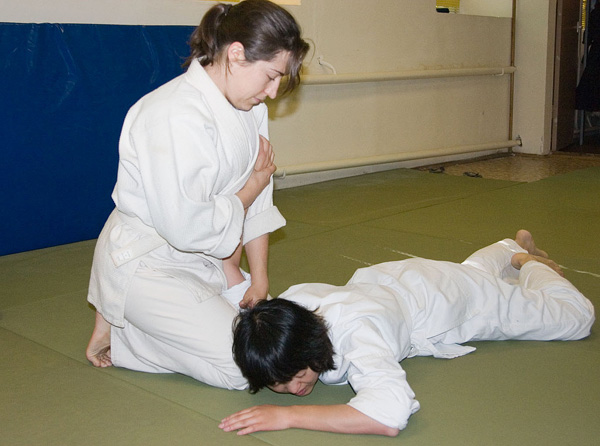 We'll start with the plane!!

As we all know, Delta and Northwest recently merged to become, I believe, THE largest airline in the world. And we all know what happens to efficency levels when  companies decide to merge. I also think that some of yesterday's adventure was somewhat pre-determined by the fact that the flight number was the number 1. It was thus endowed with all of the stumbling and back and forth typical of first-times.

And we literally went back and forth. While taxiing, the captain informed us that we needed to return to the gate to pick up a passenger whose bag was apparently leaving without her. You may think this an amazing kindness but we were told it's actually standard policy for international flights. Not that the pilot will be nice enough to turn his 747-300 around for just any latecomer, but that every bag onboard must have a passenger to accompany it, If not, either the bag gets tossed or the passenger gets picked up. There was still one empty seat so the passenger was very lucky.

And we got to spend another hour at the gate re-fueling.

Why there was an empty seat is in itself a mystery. I'd never flown before but it seems they do not give out seat assignments until you get to the gate. This mixed with the brilliant idea to make half the flight, mainly Chinese and Vietnamese, get their passports stamped at the gate, created a line at the counter longer than the one at the actual gate. So we all stood in line waiting for seats and stamps, listening to announcements for final boarding given by the attendant to our right, hoping she understood that we were all supposed to be on that plane.

So I got my seat. And after all that, they didn't even bump me up to Business Class. As I approached my seat I noticed it wasn't empty. There was a very nice man sitting in it and he wrestled his ticket out of his bag to show me that in fact he had the same deat number printed on his ticket that I had on mine. Off went the flight attendant with our tickets. When she returned she announced that I got this seat and she took the man with her "upstairs." Damn. They'd wasted two perfectly good opportunities to upgrade me.

Once we were actually in the air, we stay there very long. The first announcement was along the lines of , "Is there a doctor in the house?" The rest was a series of runs made by flight atttendants grabbing various rather serious-looking boxes from the back of the plane. About the thrid announcement was the one informing us that we'd be re-routing to San Fransisco for an emergency medical evcuation.